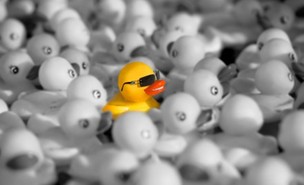 The name started as a joke about the amount of information the search engine could search, or a googol of information. (A googol is the number 1 followed by 100 zeros.) When founders Larry Page and Sergey Brin gave a presentation to an angel investor, they received a check made out to "Google."

Sabeer Bhatia and Jack Smith had the idea of checking their e-mail on a web interface, and tried to find a name that ended in "mail." They finally settled on "hotmail" because it contained the letters html, referencing the HTML programming language used to help create the product.

Volkswagen literally means "people's car." Adolf Hitler initially came up with the idea for "cars for the masses," which would be a state-sponsored Volkswagen program. Hitler wanted to create a more affordable car that was able to transport two adults and three children at speeds of 62 mph. He choose the car manufacturer Porsche to carry out the project, and the rest, as they say, is history.

The word yahoo was coined by Jonathan Swift in the the bookGulliver's Travels. The term represented repulsive, filthy creatures that resembled humans. Yahoo founders Jerry Yang and David Filo considered themselves yahoos, and thought the term would be an appropriate name for their joint venture.

The consumer electronic company is named after Pegasus, the winged horse of Greek mythology. The founders dropped the first three letters in favor of the high position in alphabetical listings. In 1998, Asus created a spinoff company named Pegatron, using the other unused letters of Pegasus.

Contrary to popular belief and theories, Cisco is simply short for San Francisco. Its logo resembles the suspension cables found on the Golden Gate bridge.

Canon was founded in 1933 under the name Precision Optical Instruments Laboratory. Two years later it adopted "Canon" after the company's first camera, the Kwanon. Kwanon is the Japanese name of the Buddhist bodhisattva of mercy.

Coca-Cola's name comes from the the coca leaves and kola nuts used as flavoring in the soft drink. Eventually Coca-Cola creator John S. Pemberton changed the K of kola to C to create a more fluid name.

The planning-product line was named after Benjamin Franklin and Stephen Covey. The company was formed in 1997 from the combining of the two companies FranklinQuest and the Covey Leadership Center.

Lego is a combination of the Danish phrase leg godt, which translates to "play well." Initially the company built wooden toys, and later switched to making plastic bricks. Lego also means "I put together" in Latin, but the Lego Group claims this is coincidence, that the origin of the word is strictly Danish.

Reebok is an alternate spelling of rhebok, an African antelope. The company founders found the word in a South African a dictionary won by Joe Foster, son of the Reebok founder J.W. Foster.

The Japanese consumer electronics company is named after its first product, an ever-sharp pencil that was created in 1915.

Six Apart's name has one of the most interesting origins. The web company's co-founders Ben and Mena Trott were born six days apart.

The original prototype of the company's flagship product had the name "Sky-Peer-to-Peer," which was shrunk down to Skyper, then finally to Skype.

Verizon is a combination of the words veritas, which is Latin for "truth," and horizon. 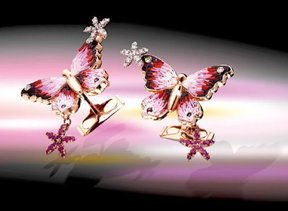